​​WE ARE OPEN SEASONALLY 7 DAYS A WEEK! 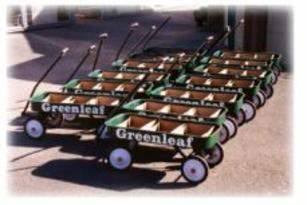 At the same time our operational expenses began to skyrocket. Major hikes in insurance premiums coupled with a 30% increase in Oregon's minimum wage forced Greenleaf to reevaluate its operating procedures. For Greenleaf to financially survive it needed to increase self-generated revenues within its limited production capabilities.

A pre-fab retail greenhouse was purchased with a foundation grant and a vacant parking lot was utilized for Greenleaf's venture into the retail world. The first Retail Greenhouse opened seasonally, from April through June, selling our plants to the general public. First year success exceeded project goals. Self-generated program revenues significantly increased and the new work setting also provided opportunities for our D.D. employees to work directly with the public

Tasks included straightening up and restocking plant displays, watering, and helping customers carry purchases to their cars. The Retail Greenhouse also helped to educate the community as to the strengths and abilities possessed by our workers.

In 1997 with the assistance of a Federal loan and private foundation support, a permanent site was purchased and developed to house Greenleaf's Retail Garden Center. Having our own site allowed us to expand our seasons of operation to spring, fall and Christmas, and has increased work opportunities at both our Retail and Wholesale nurseries.

In addition to an expanded retail plant display, our Retail Garden Center includes:

A Horticulture Therapy Interpretative Center which features a pictorial display of hort therapy programs 'in action' throughout the United States.

A Vegetable Display Garden whose produce is donated to two local soup kitchens that feed our area's homeless. Over 700 pounds of fresh produce has been annually donated.

Through the 80's Greenleaf was strictly a wholesale nursery selling its bedding plants to retail nurseries throughout southern Oregon.

By 1990 market conditions had changed as a variety of stores began to carry plant products and often sold bedding plants as 'loss leaders', which in turn, reduced the volume of plants local nurseries purchased from Greenleaf 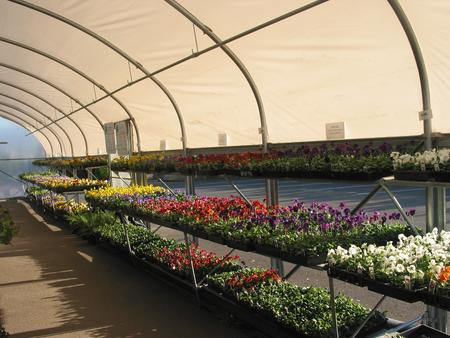 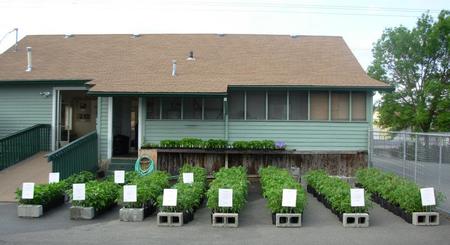 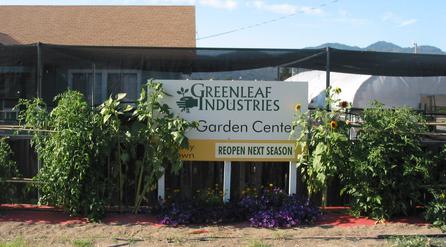